We pray that the chemist who gave us CC (Cola Curse) relives the misery he caused for all time.  You are a Cola drinker & got Diabetes.  Hold  the people accountable (non-violent) who sold, who manufactured these drinks
​& Government that allowed is allowing this health threat. 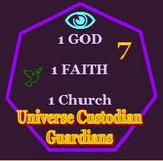 ​Welcome to the wonderful World of worshiping 1 GOD! ​​

After having hooked the people on Cola.  The greedy profiteers expanded into 'Energy' drinks.  To cater for the emerging 'Adrenaline-Junky' craze.

Herbs & Spices: are used to stimulate, to create cravings, dependency.

Cola an unhealthy drink, a main cause of Diabetes, originated in the US.

helps overcome altitude sickness.  From the coca leaf cocaine can be extrac -ted.  This makes it addictive.  Using this compound makes you a 'Junkie'!

Greedy US Profiteers marketed Cola all over the world spreading unhealthy drinking habits & Diabetes.  Cola
is a threat to the Health of Human- kind.  Government
& government agencies failed & fail to protect the communities from this threat.  These profiteers & government agencies are held accountable.